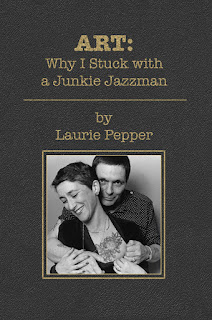 Posted by Laurie at 6:38 PM No comments:

Posted by Laurie at 9:59 AM No comments:

Art's birthday is tomorrow, September 1, but I'm getting an early start. So...
Free for a WEEK-AND-A-DAY. Then, gone

Maybe it's because I've got an awful summer cold and it's driving me INSANE, but I've decided to post this devastatingly beautiful thing. I won't, can't tell you anything  about it except to say that once upon a time there was going to be an "alternate ballads" album. In other words, this tune wasn't considered to be as good as another version of Our Song which has been released.

Sorry I've Been Busy with What You See and Hear Below! COMING IN NOVEMBER!

Unreleased Art Pepper Vol 10: Toronto June 16 1977
A 3 disc set from Widow's Taste Records
Music is "A Song For Richard" by Joe Gordon
A month before the legendary Vanguard sessions. Art on fire at the outset of his first ever U.S. Tour as a leader. Here he is leaving the gate in a blur of pent-up energy. With a standout band: Bernie Senensky (p), Terry Clarke (ds), Dave Piltch / Gene Perla alternating on bass. Includes a 32 page full color booklet with music, anecdotes, philosophizing, and gossip, as usual.
Posted by Laurie at 5:32 PM No comments:

For the cognoscenti or the just plain curious 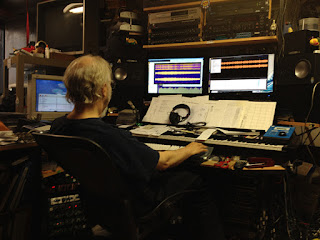 In November, as many of you know, a new Art Pepper set will be released by me, by which I mean, Widow's Taste Records. All the recordings I release as Widow's Taste have never been released before or have only been released and crummy bootlegs. I do my very best to give you the best quality recordings I can. "Volume Ten, "Bourbon Street, Toronto 1977", like all those that have gone before (except for Volume 1), has been mastered by Wayne Peet.

Wayne is a musician with a lifetime in jazz, an understanding of what an Art Pepper performance ought to sound like, and an unerring ear for what's messed up in the aged tapes I bring him. Thanks to Rocco Bertels, who found more than one medium onto which this night at Bourbon Street was recorded, I was able to give Wayne some cassettes AND two reel to reel tapes from which to pick and choose, and actually, mostly, the cassettes were of better quality, though not always.

*And I apologize for that last sentence. I'm writing fast.

So I just want to show you guys how hard Wayne works to make sure the Unreleased Art Pepper series is as good as it can be (and invariably much better than bootlegs or online downloads).

And at the same time, I can procrastinate the writing of the liner notes! Win! Win!

Here's what Wayne did:

A2 Long Ago & Far Away (13:22)
used cassette version
cleaned out some low thumps on R Ch in soft parts
cleaned a few sax squeaks
fixed a couple of minor tape dropouts
edited to applause from reel did less quick of a fade as was on cassette

A3 Here’s That Rainy Day (10:17)
used cassette version
cleaned out some low thumps on R Ch in soft parts
cleaned a few sax squeaks, clanks & coughs in audience, PA feedback
fixed a couple of minor tape dropouts
edited to applause from reel did less quick of a fade as was on cassette

A4 Blues For Heard (4:16)
used cassette version
cleaned out some low thumps on R Ch in soft parts
cleaned a few sax squeaks, PA feedback
fixed a couple of minor tape dropouts
fixed missing bass note on 1st note of tune
either AP off mic, or mic cuts off from end phrase of the 1st of 2 out heads.
copied phrase from end of in head, and cut out the 2nd out head, went right to the ending, did some work to boost the alto in the outro [it’s better but still too soft]

A5 What Is This Thing Called Love? (15:37)
mostly the cassette, went to the reel during the 2nd part of the sax solo, because the volume of the sax dipped worse on the cassette
cleaned a few sax squeaks, PA feedback
fixed a couple of minor tape dropouts
after the bass solo, the bass is way too loud, and the piano is way too soft.
Did some work in RX as well as the mastering to help, the solution is to have a lot less lows from that point, which is not great but better than the bass blasting too much.

A6-B1 All The Things You Are (16:59)
intro cut off [on both cass & reel] edit for 1st phrase, reel for 1st note of 2nd phrase of intro [missing on cass] - cass for remainder
fixed a number of tape dropouts
fixed noises, PA feedback, missing attacks on piano notes in solo, rattles in bass during solo
AP off mic during 2nd half of solo, and beginning of traces - did some stuff to help

B3 I’ll Remember April  (14:30) -complete time with B3& B4
mostly cassette until it cuts off just before the end, cut to the reel [which as this point is pretty distorted]
Fixed tape dropouts, PA feedback, sax squeaks
Fixed sax one note FS into head out of intro
made talking during bass solo less

Cruel April and Merry May have passed with NO FREEBIES! But take heart!

Because it's June, June, June!
And it's bustin' out all over,
And to celebrate the summer,
Here's a FREEBIE!
Here's a TUNE!


This is the latest FREEBIE. A Blue Mitchell composition, another riff on I Got Rhythm.
Art Pepper and Blue Mitchell worked together a LOT during the mid seventies. Jack Sheldon brought them together by hiring both to accompany him during a regular summer gig in Monterey—While Jack sang, told jokes. Usually Dolo Coker played piano at that gig. Those were lovely sets. BUT this is not from those sessions. I really don't know where these tracks are from (and yes, there are MORE). I've perused the old calendars and I've found no info.
MEANWHILE: A new album, a stunning, energetic, unusual 3 disc set, will be released by Widow's Taste in November. If you haven't supported The Cause lately, please do donate? To help finance manufacture of said set? If you recently have dropped some cash in the hat, or if you can't, of course this track is FREE FREE FREE. At least for a while.

AND MEANWHILE, (while you're on the bandcamp site), there's a two disc set is available for download for $7.00 at

Posted by Laurie at 1:08 PM No comments:

In Like a Lion: FREEBIE PLUS Unbelievable SALE | Art Pepper

SORRY! SALE ENDED END OF MARCH! BUT GO TO the links to see current prices and sales!

Free For All My Valentines! Red Car

A FREEBIE FOR CHRISTMAS

NOW, MAY I SUGGEST
SOME STOCKING STUFFERS FOR YOUR SWEETIE?

THE BOOKS
"Alone, Art and Laurie were lost; together they were found." 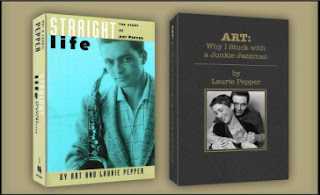 STRAIGHT LIFE (at Amazon)
Published in 1979, Straight Life was the story of Art Pepper. He was a deeply troubled, madly gifted artist, an addict. Art told me his story, I wrote it down, I fell in love, and we got married. Straight Life, according to enthusiastic reviews in The New Yorker, Time, The Village Voice, etc. became

ART: Why I Stuck with a Junkie Jazzman (also at Amazon)
In Straight Life Art cast himself as a lost, desperate genius and me, at the end, as his angel of rescue. During our marriage we worked successfully together to enact that story. But I was no angel, and we rescued each other. ART is a memoir of that marriage. This is a paperback book, 382 pages, 100 photos, and with a complete index: Read Wonderful Reviews in Harper's, etc.

Give a Collector's Item from Widow's Taste:
Best Price at CDBABY

FREE for YET ANOTHER BIRTHDAY: Warne Marsh!

Donna Lee is one of my favorite bebop tunes in the world. It's got this oddly oblique melody that enchants me—and it's my favorite track on this album (Unreleased Art Vol. 9: Art and Warne.) 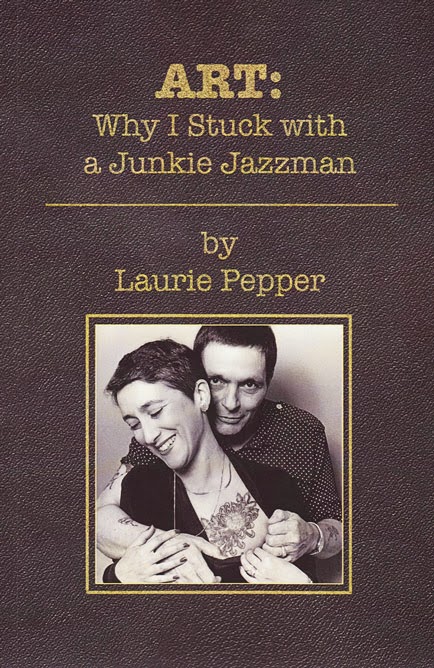